In the previous tutorials, we learnt about Razor as a templating engine and its syntax. In this section, we will learn about Html helpers, how to use them with the razor syntax.

ASP.NET MVC encourages us to use html helpers as often as possible, instead of writing raw html tags.

The figure below illustrates the use of HtmlHelper class alongside with razor syntax in an ASP.NET View. 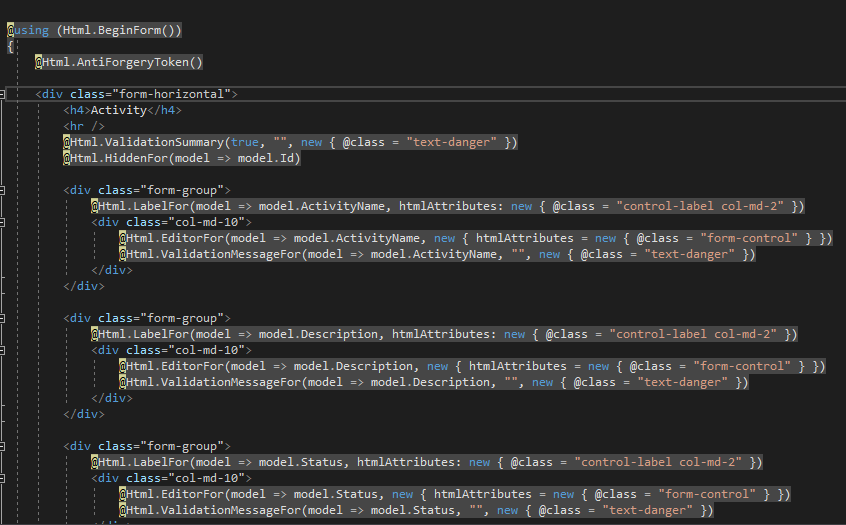 As illustrated in the code snippet above, @Html is an object of HtmlHelper class. (The @ symbol is used to access server-side object in razor syntax).

Html is a property of type HtmlHelper included in base class of razor view WebViewPage.

There are other extension methods for HtmlHelper classes, which is used to create different html controls.

One may ask, what is the need of HTML helpers, since on compilation they still become html tags. The answer to this is that HTML helpers enables us to bind models to our views very easily.

In the next couple of tutorials, we will look at each of theses HTML helpers, and explain them in detail.