Java Exercises: Count the number of set bits in a 32-bit integer

From Wikipedia,
The Hamming weight of a string is the number of symbols that are different from the zero-symbol of the alphabet used. It is thus equivalent to the Hamming distance from the all-zero string of the same length. For the most typical case, a string of bits, this is the number of 1's in the string, or the digit sum of the binary representation of a given number and the ℓ₁ norm of a bit vector. In this binary case, it is also called the population count, popcount, sideways sum, or bit summation.

Write a Java program to count the number of set bits in a 32-bit integer. 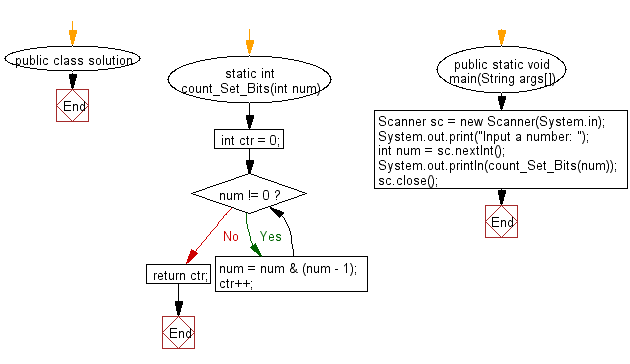