Java Exercises: Replace a string "python" with "java" and "java" with "python" in a given string

Write a Java program to replace a string "python" with "java" and "java" with "python" in a given string.

English letters (including single byte alphanumeric characters, blanks, symbols) are given on one line. The length of the input character string is 1000 or less. 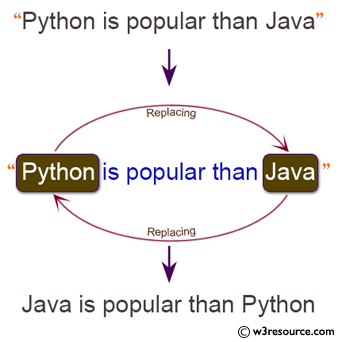 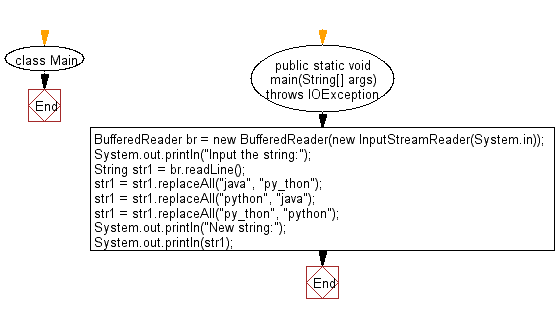 Previous:Write a Java program that reads n digits (given) chosen from 0 to 9 and prints the number of combinations where the sum of the digits equals to another given number (s). Do not use the same digits in a combination.
Next: Write a Java program to find the difference between the largest integer and the smallest integer which are created by 8 numbers from 0 to 9. The number that can be rearranged shall start with 0 as in 00135668.