C Exercises: Find the prime numbers within a range of numbers

C For Loop: Exercise-34 with Solution

Write a program in C to find the prime numbers within a range of numbers. 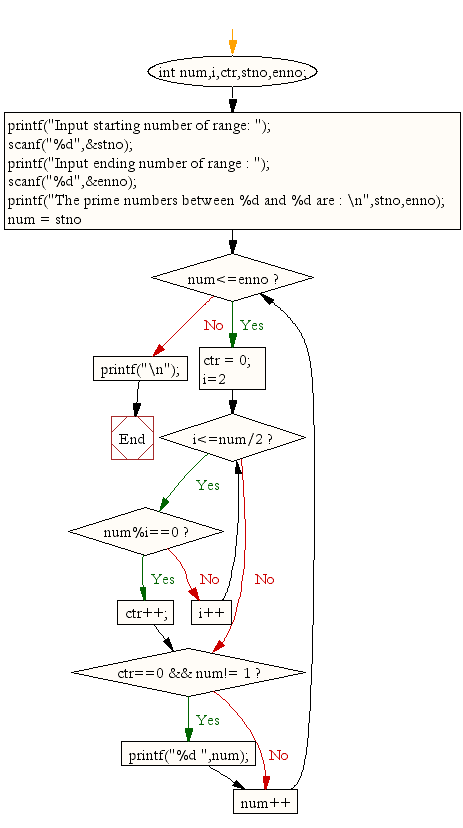 Improve this sample solution and post your code through Disqus.

Previous: Write a C program to display Pascal's triangle
Next: Write a program in C to display the first n terms of Fibonacci series.

You are seeing the ffffff because char is signed on your system. In C, vararg functions such as printf will promote all integers smaller than int to int. Since char is an integer (8-bit signed integer in your case), your chars are being promoted to int via sign-extension.

Since c0 and 80 have a leading 1-bit (and are negative as an 8-bit integer), they are being sign-extended while the others in your sample don't.

This will mask out the upper bits and keep only the lower 8 bits that you want.