C Exercises: Find the integer that appears the least often

Write a C program that takes n number of positive integers. Find the integer that appears the least number of times among the said integers. If there are multiple such integers, select the smallest one. 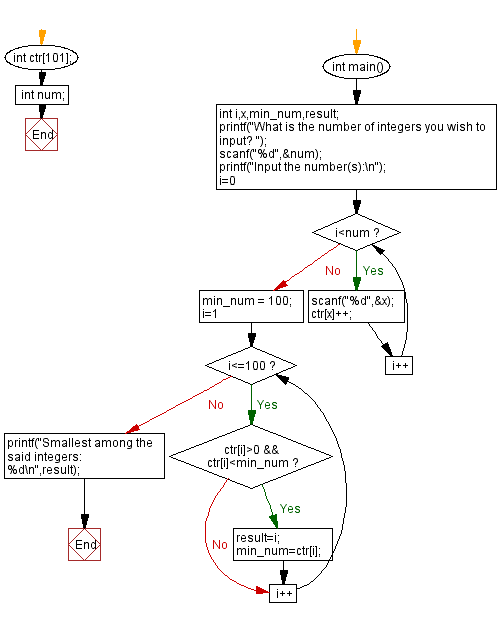 Reading a string with scanf :

Then scanf, when processing the tail of its argument list, will try to pull out a char *. That's the Right Thing when you've passed in string or &string[0], but when you've passed in &string you're depending on something that the language standard doesn't guarantee, namely that the pointers &string and &string[0] -- pointers to objects of different types and sizes that start at the same place -- are represented the same way.