A gentle introduction to composer as a dependency manager

In this tutorial, we are going to look at what a composer is, and how it works as a dependency manager and how to set it up on your Machine(PC).

The Composer as a package or dependency manager plays a vital role in helping us manage some of these dependencies which our application requires for optimal performance by saving them on a folder, most times the “vendor” folder.

Think of it this way:

Hence Composer eliminates that worry of having struggle to get the original library the package you intend to use in your application depends on.

How do I get started with composer? (System Requirements)

Composer like every other application needs some requirements for optimal performance. Thus, Composer basically requires a minimum of PHP Version 5.3.2 to run. A few other requirements may pop up as you try installing this in your machine.

Composer is a multi-platform application that runs very well on Windows, Linux and Mac Operating Systems.

How do I then Install Composer?

Composer can be installed mainly in two forms: Globally or Locally.

#Locally: There a lot of ways to install composer locally to your project, one of the common and fastest ways of getting composer installed locally in your system is by opening your project directory from the terminal and running the following commands as shown in the code snippet below.

download the latest composer.phar in the current directory. Thus, the above four lines of code will:

The easiest way to get composer started globally on your machine is simply by downloading and running the Composer-Setup.exe. Simply follow the installation prompts and it will successfully be installed in your machine. Remember to “thick the add to path” option as this will set up your PATH so that you can call “composer” from any directory in your command line.

After installation, close the current terminal, and test the usage of composer in a new terminal by just typing the word “composer” and taping the enter key. A description as show below will display in the terminal, telling you that composer has be successful set for use globally in your machine. 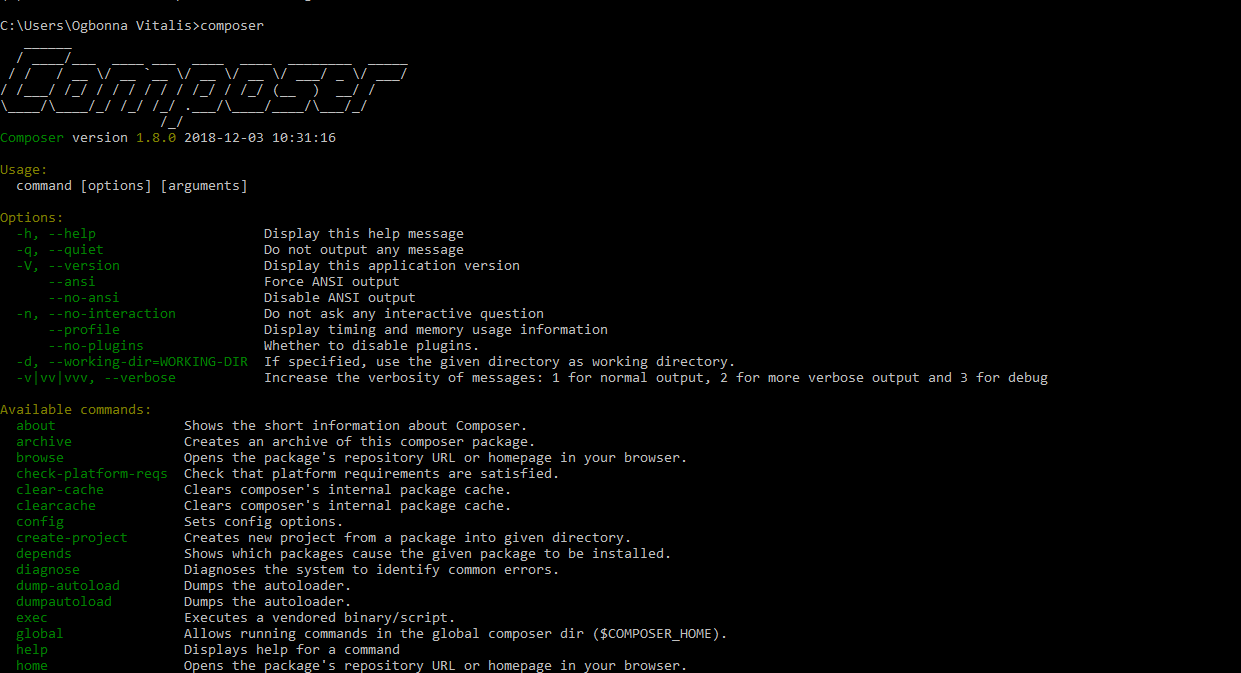 Next: How to use composer installed packages in our project

Unlike PDOStatement::bindValue(), the variable is bound as a reference and will only be evaluated at the time that PDOStatement::execute() is called.