Welcome to the PostgreSQL Tutorial. This tutorial is designed to give details to PostgreSQL, relational database concepts, and the SQL language. We only assume some general knowledge on DBMS and SQL language. No particular programming experience is required.

PostgreSQL is claimed to be the most advanced open source database solution. PostgreSQL is an object-relational database management system (ORDBMS). PostgreSQL is pronounced Post-Gres-Q-L. PostgreSQL development is performed by a team of mostly volunteer developers spread throughout the world and communicating via the Internet. It is a community project and is not controlled by any company.

The "PGDG" is an international, unincorporated association of individuals and companies who have contributed to the PostgreSQL project. The PostgreSQL Core Team (A committee of five to seven (currently six) senior contributors.) generally act as spokespeople for the PGDG.

PostgreSQL is distributed under a license similar to BSD and MIT. Basically, it allows users to do anything they want with the code, including reselling binaries without the source code. The only restriction is that you not hold them legally liable for problems with the software. There is also the requirement that this copyright appears in all copies of the software.

In 1987 the first demo version of the project is released. In June 1989, Version 1 was released to some external users. Version 2 and 3 were released in 1990 and 1991. Version 3 had support for multiple storage managers, a query executor was improved, rule system was rewritten. After that, POSTGRES has been started to be implemented in various research and development projects. For example, in late 1992, POSTGRES became the primary data manager for the Sequoia 2000 scientific computing project4. User community around the project also has been started increasing; by 1993, it was doubled.

In 1994, an SQL language interpreter was added to POSTGRES. And then, it was released to the web under the name of Postgres95. By 1996, the new name PostgreSQL was chosen for the project.

PostgreSQL can be expected to work on these operating systems: Linux (all recent distributions), Windows (Win2000 SP4 and later), FreeBSD, OpenBSD, NetBSD, Mac OS X, AIX, HP/UX, IRIX, Solaris, Tru64 Unix, and UnixWare. Other Unix-like systems may also work but are not currently being tested. In most cases, all CPU architectures supported by a given operating system will work.

PostgreSQL supports four standard procedural languages (which allows the users to write their own code which can be executed by database server) - PL/pgSQL, PL/Tcl, PL/Perl and PL/Python.

Triggers, which initializes an action by an SQL Data Management Language statement (DML), mostly by INSERT and UPDATE statement are fully supported.

Views can create virtual tables. It is supported by PostgreSQL.

Multiversion concurrency control (MVCC) is a system to manage concurrency where each user's action is not visible to others until a transaction is committed and thus multiple users can work simultaneously.

Rules, which allow a hierarchy of an incoming query to be re-written, are supported by PostgreSQL.

It supports the creation of almost all new objects inside the database like Casts, Conversions, Data types, Domains, Functions including aggregate functions and window functions, Indexes including custom indexes for custom types Operators.

In PostgreSQL, a table can be set to inherit their characteristics from a "parent" table.

To add additional functionality to PostgreSQL, several extensions can be installed.

PostgreSQL supports most of the major features of SQL:2008 standard.

There are several Open Source as well as Paid tools are available as front-end to PostgreSQL. Here are a few of them which are widely used :

It is a command line tool and the primary tool to manage PostgreSQL. pgAdmin

It is a free and open source graphical user interface administration tool for PostgreSQL.

It is a web-based administration tool for PostgreSQL written in PHP. It is based on phpMyAdmin tool to manage MySQL.OpenOffice.org Base

It can be used as a front end tool to PostgreSQL.

What you will learn in w3resource PostgreSQL Tutorial

If you are not habituated with database management system your can learn from the following : 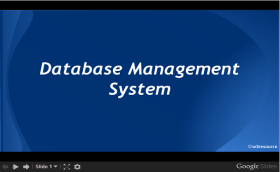 You may refer PostgreSQL Documentation along with this tutorial.