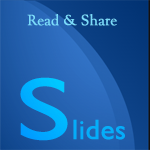 ► What is data?
★ Data is stored facts.
★ It can be numbers, words, measurements, observations or even just descriptions of things.
★ Example : Each student's test score is one piece of data.

► What is information?
★ Information is that which informs, i.e. that from which data can be derived.
★ Information is conveyed either as the content of a message or through direct or indirect observation of something.
★ Example : The average score of a particular subject is the information that can be concluded from the given data.

What kind of data ?

What is Database Management System
(DBMS)?

Why use a DBMS?

► The major purpose of a database system is to provide users with an abstract view of the system.
► System hides certain details of how the data is stored, created and maintained.
► It gives an architecture to separate the user applications and the physical database.

► An architecture of a database system

The three-schema approach, or the Three Schema Concept is an approach to build information systems and systems information management from 1970s. It proposes to use following types of schemas.

★ The user’s view of the database.
★ Describes a subset of the database that a particular user group is interested in, according to the format user wants, and hides the rest.
★ May contain virtual data that is derived from the files, but is not explicitly stored.

★ The logical structure of the entire database as seen by DBA.
★ Hides the details of physical storage structures.
★ Concentrates on describing entities, data types, relationships, operations, and constraints.

★ Physical representation of the DB on the computer.
★ Describes the database design at the physical level, which is the lowest level of abstraction describing how the data are actually stored.
★ Physical implementation of the DB to achieve optimal runtime performance and storage space utilization.

★ It has ability to change the conceptual schema without having to change external schema or application programs.
★ Example: Student (ID, Name, Class, Section)
A view including only ID and Name is not affected by changes in any other attributes.

★ It has the ability to change the internal schema without affecting the conceptual or external schema.
★ An internal schema may change to improve the performance, i.e. creating additional access structure.
★ Easier to achieve logical data independence, because application programs are dependent on logical structures.

The way in which information (describing data, data relationships, data semantics and data constraints) is subdivided and managed within a database is referred to as the data model used by the DBMS. Each DBMS is based on a particular data model.

Why data models are important ?

★ Different views (designers, programmers, and end users) of same data lead to designs that do not reflect organization’s operation
★ Data modeling reduces complexities of database and help to create a sound database design
★ It helps to create database tables that do not contain duplicate data values that can become inconsistent

► These models are a collection of conceptual tools for describing data, data relationships, data semantics and data constraints. The following are the well known models in this group :

★ It is based on simulation of the real world which consists of basic objects called entities and relationship among these objects.
★ The overall logical data structure of a database can be expressed graphically by an E-R diagram. Which consists of rectangle (entity), ellipse (attribute), diamond (relationship), and lines.

► Entity : An entity is an object, place, person, concept, activity about which an enterprise records data.
► Attributes : Attributes are data elements that describe an entity.
Examples :

► In object oriented data model both data and their relationship are contained in a single structure known as an object.
★ An object contains values stored in instance variables within the object.
★ Unlike the record-oriented models, these values are themselves objects.
★ An object also contains bodies of code that operate on the the object.
★ These bodies of code are called methods.
★ Objects that contain the same types of values and behavior (methods) are grouped into classes.
★ Internal parts of the object, the instance variables and method code, are not visible externally.
★ Result is two levels of data abstraction.

► State : attribute types and values
► Behavior : how an object acts and reacts
- Behavior is expressed through operations that can be performed on it
► Identity : every object has a unique identity, even if all of its attribute values are the same

★ The Semantic Data Model (SDM), like other data models, is a way of structuring data to represent it in a logical way.
★ It focuses on providing more meaning of the data itself, rather than solely or primarily on the relationships and attributes of the data.
★ It provides a high-level understanding of the data by abstracting it further away from the physical aspects of data storage.
★ In SDM, an entity represents some aspect or item in the real world, such as an employee.
★ An entity is akin to a record in a relational system or an object in an object-oriented system.
★ These entities in SDM focus on types, which are more general, instead of sets of data.
★ In SDM, an entity is a very basic notion of a real-world or conceptual object that is defined by a single attribute.

► Continued from previous slide
★ Record-based models do not include a mechanism for direct representation of code in the database
★ Separate languages associated with the model are used to express database queries and updates
★ The three most widely-accepted models are the network, hierarchical and relational

★ A network database consists of a collection of records
★ Relationships among data are represented by links.
★ A record is in many respects similar to an entity in the E-R model
★ Each record is a collection of fields (attributes), each of which contains only one data value.
★ A link is an association between precisely two records.
★ Organization is that of an arbitrary graph.

★ The hierarchical data model organizes data in a tree structure, rather than arbitrary graphs
★ There is a hierarchy of parent and child data segments
★ This structure implies that a record can have repeating information, generally in the child data segments
★ Data in a series of records, which have a set of field values attached to it
★ It collects all the instances of a specific record together as a record type
★ These record types are the equivalent of tables in the relational model and with the individual records being the equivalent of rows
★ To create links between these record types, the hierarchical model uses Parent Child Relationships

► Database normalization is a process to refine the data model built by the Entity-Relationship diagram and organizes the fields and tables of a relational database to minimize redundancy. Normalization usually involves dividing large tables into smaller (and less redundant) tables and defining relationships between them. The objective is to isolate data so that additions, deletions, and modifications of a field can be made in just one table and then propagated through the rest of the database using the defined relationships.

► Edgar F. Codd, the inventor of the relational model, introduced the concept of normalization and what we now know as the First Normal Form (1NF) in 1970.

★ Remove fields that
-- depend on other non-key fields
-- can be calculated or derived from logic
★ Group interdependent fields as separate tables, identify the key and name the table

● Each table has a primary key ( one field or a combination of fields) that has a unique value for each and every record in the table.

● Table can be related (joined) together based on their keys.
● The idea is to decompose into separate tables with no redundancy and to provide a capability to reassemble with no information loss.

★ Represent data in the form of tables.
★ No hard-code relationship between tables.
★ Doesn’t require the user to understand the physical implementation.
★ Provides information about its content and structure in system table.
★ Supports the concept of NULL values

Codd’s 12 Rules for an RDBMS

Dr. Edgar Frank Codd (August 19, 1923 – April 18, 2003) was an computer scientist, while working for IBM he invented the relational model for database management (theoretical basis for relational databases). Codd proposed thirteen rules (numbered zero to twelve) and said that if a Database Management System meets these rules, it can be called as a Relational Database Management System. These rules are called as Codd's 12 rules. Hardly any commercial product follows all.

Codd’s 12 Rules for an RDBMS

★ A DDL is a language used to define data structures within a database.
★ Basic idea : Hide implementation details of the database schemes from the users.
★ DDL statements are compiled, resulting in a set of tables stored in a special file called a data dictionary or data directory.
★ The data directory contains metadata (data about data)
★ It is typically considered to be a subset of SQL, but can also refer to languages that define other types of data.
★ The DDL concept and name was first introduced in relation to the Codasyl database model, where the schema of the database was written in a language syntax describing the records, fields, and sets of the user data model.

► Data types (Domain types) in standard SQL-92
★ char(n) is fixed-length character string. character is equivalent.
★ varchar(n) is a variable-length character of a user-specified maximum of n.
★ int is an integer (machine-dependent). integer is equivalent.
★ numeric(p,d) is a fixed-point number with user-specified precision of pdigits and ddigits after the decimal point.
★ real, double precision are floating point and double-precision numbers, with machine-dependent precision.
★ float(n) is a floating point number, with user-specified precision of at least n precision.
★ date is a calendar date, containing a (four-digit) year, month, and day of the month.
★ time is the time of day, in hours, minutes, and seconds.

► Specifies internal schema
★ Physical structure
★ Bytes per field
★ Order of fields
★ Sorting
★ Access (hash, B-tree)
★ File structure
★ Mixed records etc.
► Some DBMSs have no distinction between these schemas and thus the DDL and the SDL are the same

► Specifies external schemas (in DBMSs where this level exists)
★ Define Subsets of records available to classes of user.
★ Create “virtual tables” from base table.
★ View appears to user like conceptual level.

★ Data Manipulation is retrieval, insertion, deletion, modification of information in the database
★ A DML is a language which enables users to access and manipulate data.
★ A popular data manipulation language is that of Structured Query Language (SQL), which is used to retrieve and manipulate data in a relational database
★ The DDL concept and name was first introduced in relation to the Codasyl database model, where the schema of the database was written in a language syntax describing the records, fields, and sets of the user data model.

► Here are some examples of Data Manipulation Language (DML) statements which are used for managing data within schema objects.
★ INSERT - insert data into a table
★ UPDATE - updates existing data within a table
★ DELETE - deletes all records from a table, the space for the records remain

► The database manager is a program module which provides the interface between the low-level data stored in the database and the application programs and queries submitted to the system.

★ Interaction with the file manager : Storing raw data on disk using the file system. The database manager must translate DML statements into low-level file system commands for storing, retrieving and updating data in the database.
★ Integrity enforcement: Checking that updates in the database do not violate consistency constraints (e.g. no bank account balance below $50)
★ Security enforcement: Ensuring that users only have access to information they are permitted to see
★ Concurrency control: Preserving data consistency when there are concurrent users.

Role of a Database Administrator

Role of a Database Administrator