Testing is an important aspect of the SDLC (software development life cycle). You really cannot say that you have developed a viable or reliable application if you have not tested it. Today we will introduce you to a very popular test framework, you most likely have seen it as a testing option when creating a Node powered application, be it Angular, Vue, Express etc.

So what is Mocha: Mocha is a feature-rich JavaScript test framework that runs on Node.js and in the browser, it makes asynchronous testing simple and fun. All Mocha test run serially, enabling flexible and accurate reporting, while at the same time mapping uncaught exceptions to the correct test cases

Mocha has lots of features which you will learn about in this tutorial series, they are:

You can install mocha globally using npm by running: 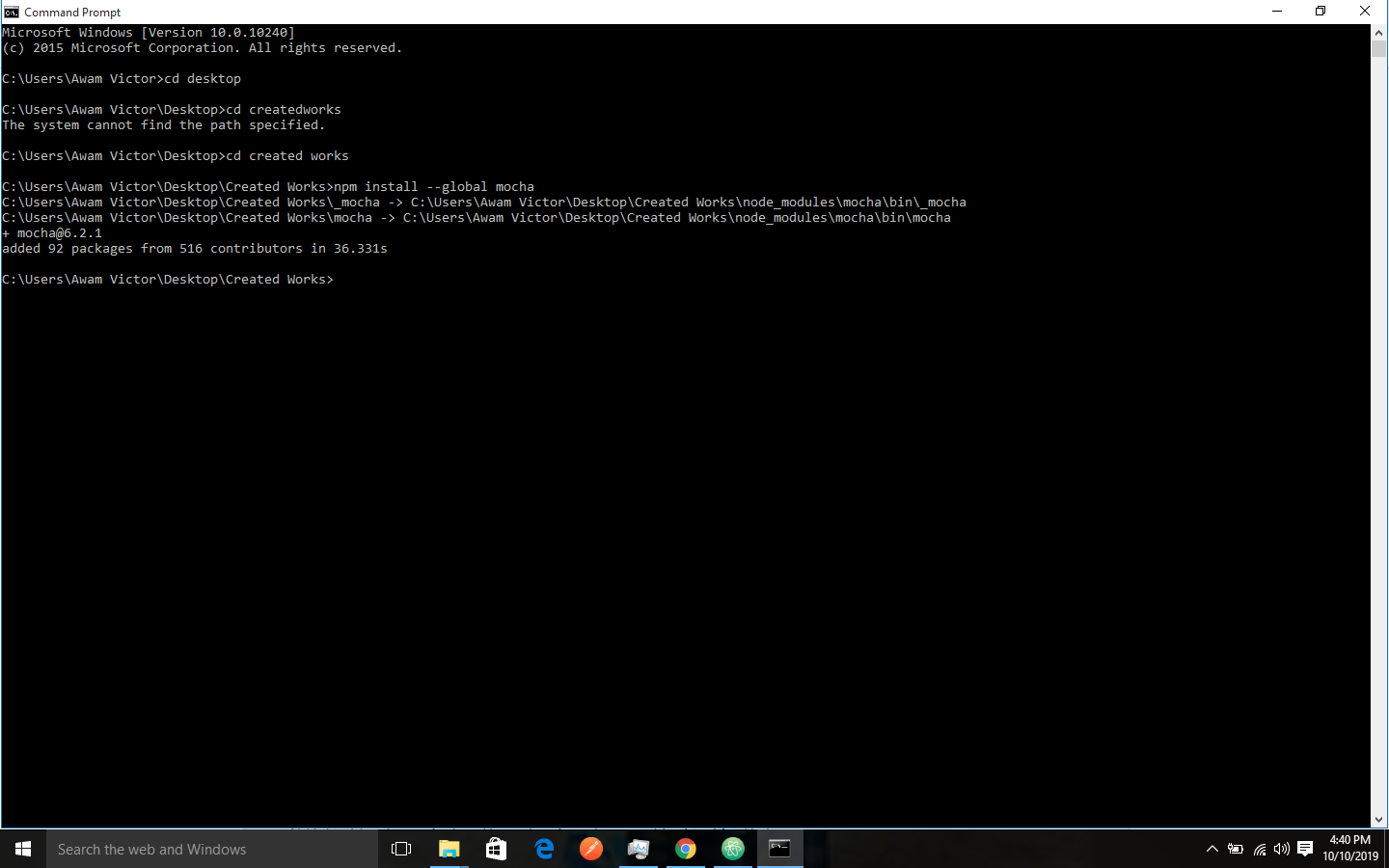 or you can add it as a development dependency for your project like this:

In this section we will help you create your first test file.

edit the test.js file in your editor to have the content below:

Back inside your terminal run:

Then you should set up a test script in package.json: