C Exercises: Print the date and time before 24 months

Write a program in C to print the date and time before 24 months.

N.B.: The result may varry for your current system date and time. 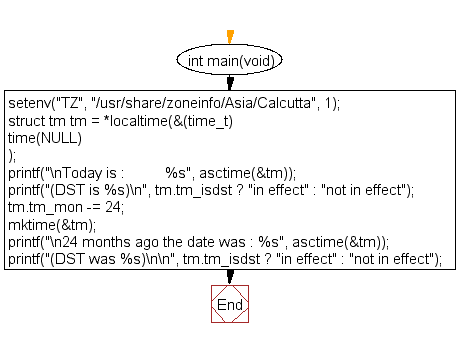 How I can print to stderr in C?

The syntax is almost the same as printf. With printf you give the string format and its contents i.e.:

With fprintf it is the same, except now you are also specifying the place to print to:

Or in your case: