C Exercises: Copy a file in another name

Write a program in C to copy a file in another name. 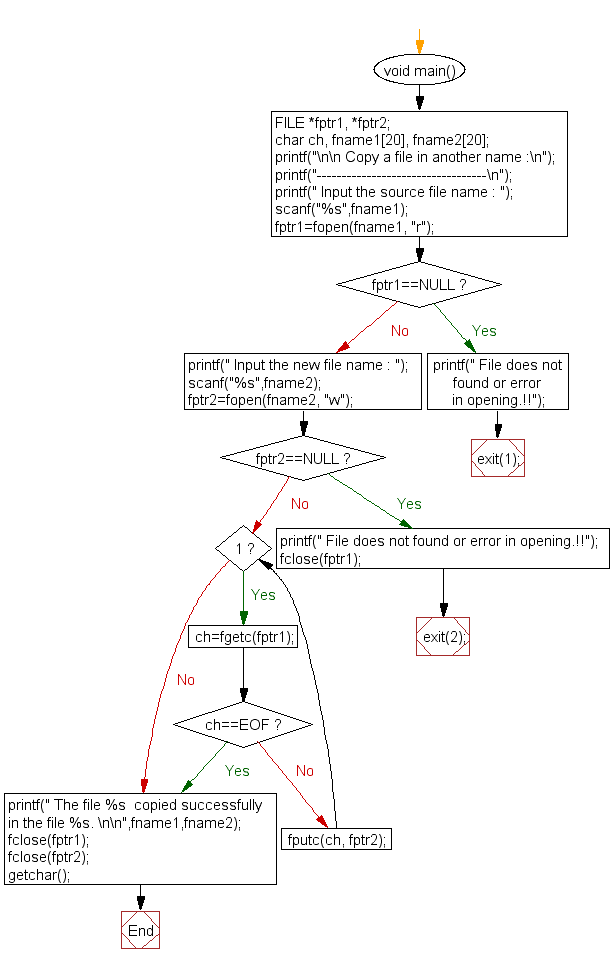