PHP Exercises : Test whether a number is greater than 30, 20 or 10 using ternary operator

Write a PHP function to test whether a number is greater than 30, 20 or 10 using ternary operator. 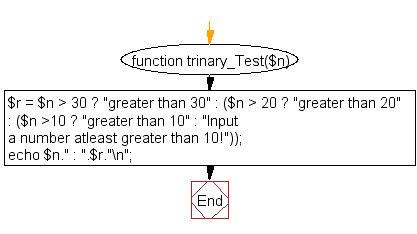