Python: Print the length of the series and the series from the given 3rd term, 3rd last term and the sum of a series

Write a Python program to print the length of the series and the series from the given 3rd term, 3rd last term and the sum of a series. 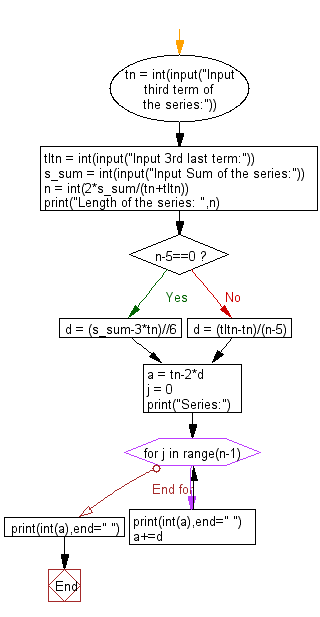