Python: Count the number of each character of a given text of a text file

Write a Python program to count the number of each character of a given text of a text file.

Inputs:
abc.txt -
German Unity Day
From Wikipedia, the free encyclopedia
The Day of German Unity (German: Tag der DeutschenEinheit) is the national day of Germany, celebrated on 3 October as a public holiday. It commemorates the anniversary of German reunification in 1990, when the goal of a united Germany that originated in the middle of the 19th century, was fulfilled again. Therefore, the name addresses neither the re-union nor the union, but the unity of Germany. The Day of German Unity on 3 October has been the German national holiday since 1990, when the reunification was formally completed. 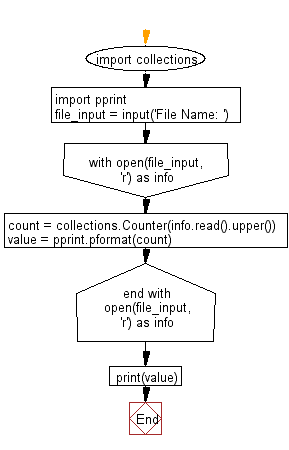