Python Challenges: Find a missing number from a list

Write a Python program to find a missing number from a list. 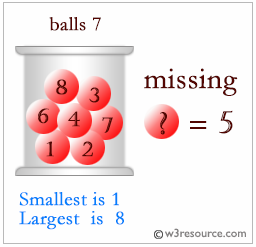 **kwargs and *args are function arguments that can be very useful.

They are quite underused and often under-understood as well.

Let's try to explain what kwargs are and how to use them.

Since the function above would work for any number of dictionary keys, **kwargs makes perfect sense rather than passing arguments with a fixed amount.