Python: Matches a string that has an a followed by three 'b'

Write a Python program that matches a string that has an a followed by three 'b'. 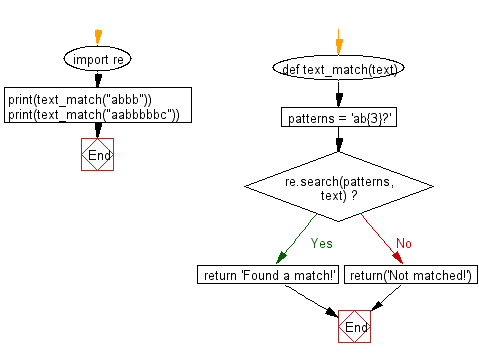 some_list[-1] is the shortest and most Pythonic.

You can also set list elements in this way. For instance:

Note that getting a list item by index will raise an IndexError if the expected item doesn't exist. This means that some_list[-1] will raise an exception if some_list is empty, because an empty list can't have a last element.