C Exercises: Calculate the perimeter of the triangle

Write a C program that reads three floating values and check if it is possible to make a triangle with them. Also calculate the perimeter of the triangle if the said values are valid. 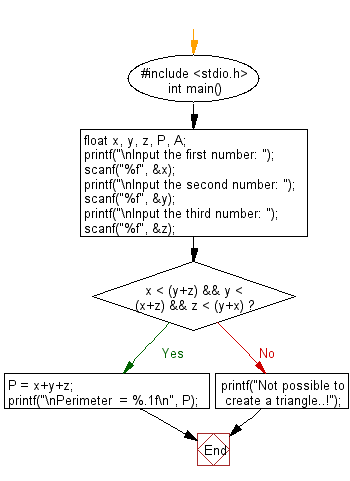 
Contribute your code and comments through Disqus.

How to increment a pointer address and pointer's value?

Second, the ++number operator is the same as the number++ operator if you're not assigning them to anything. The difference is number++ returns number and then increments number, and ++number increments first and then returns it.