Write a program in C to decrypt a previously encrypted file. 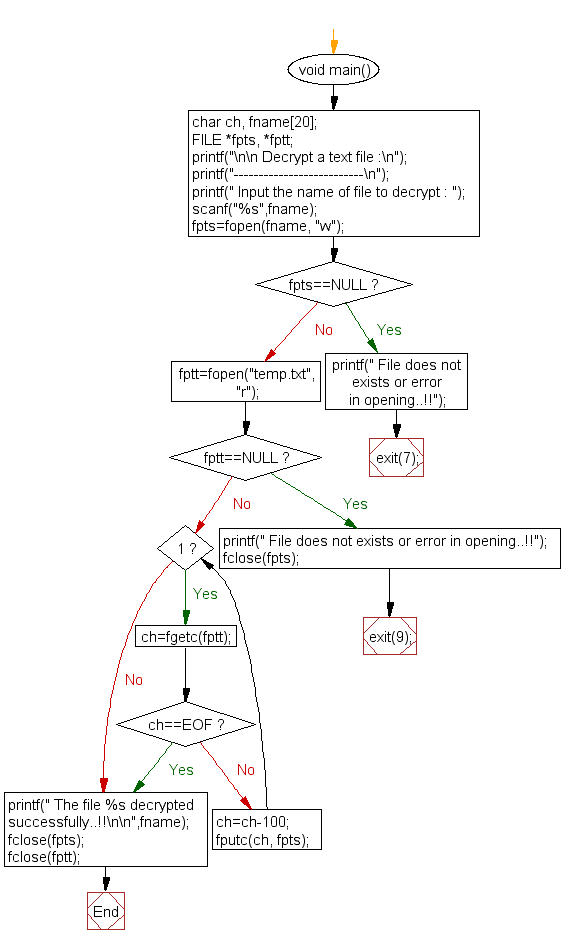