C Exercises: Count the number of words and characters in a file

Write a program in C to count number of words and characters in a file. 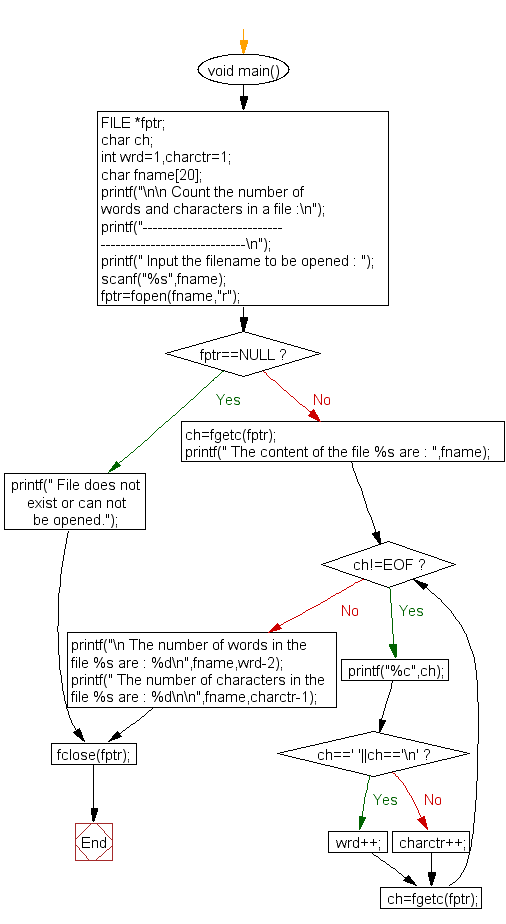