Write a Java method to find the smallest number among three numbers. 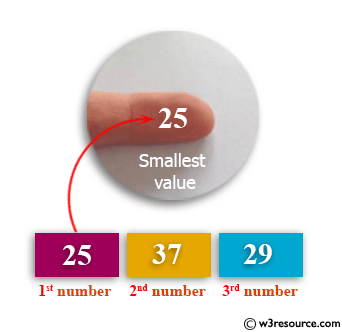 Previous: Java Method Exercises
Next: Write a Java method to compute the average of three numbers.