Write a Java method to compute the average of three numbers. 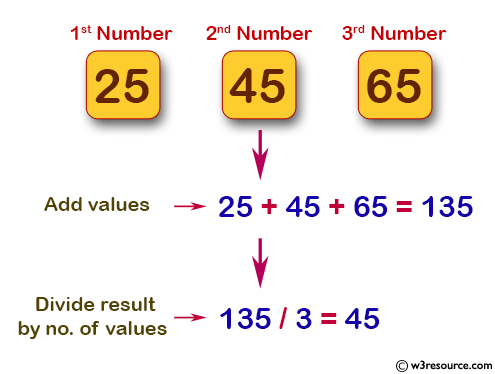