Write a Java program to classify Abundant, deficient and perfect number (integers) between 1 to 10,000. 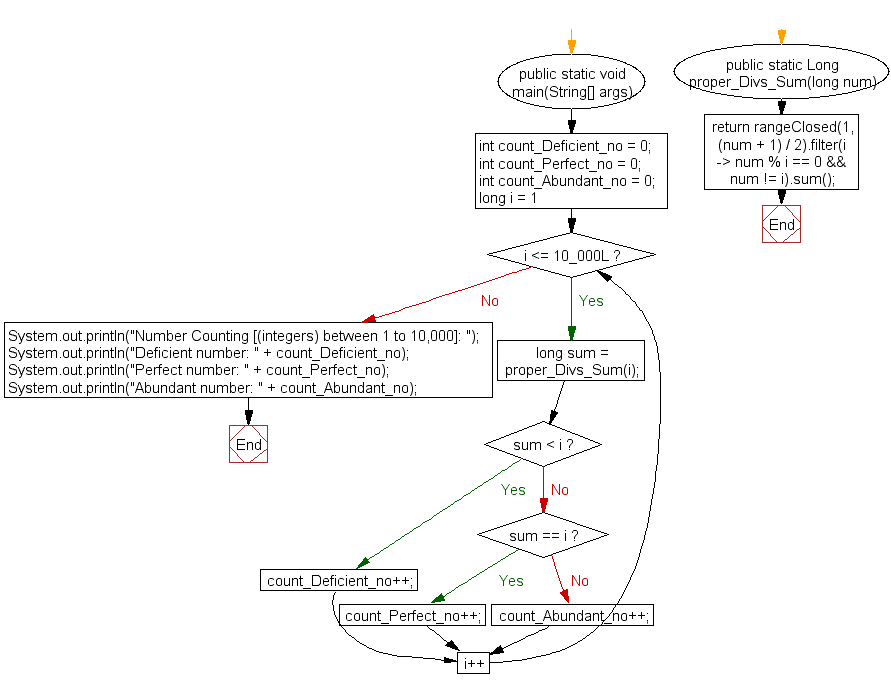