PHP Exercises: Compute the maximum value of the sum of the passing integers

Your task is to develop a small part of spreadsheet software.
Write a PHP program which adds up columns and rows of given table as shown in the following figure:

Sample Output:
The maximum value of the sum of integers passing according to the rule on one line. 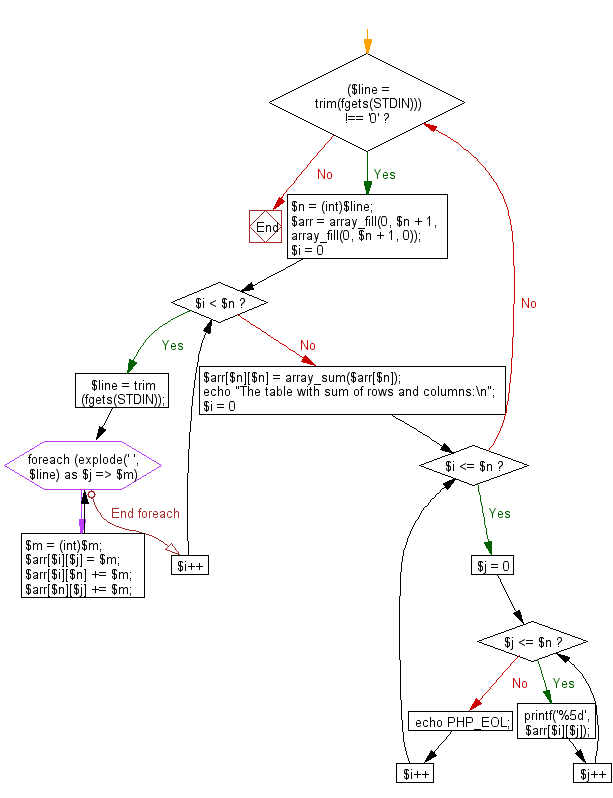