Python: Find the weighted average of two or more numbers

Write a Python program to get the weighted average of two or more numbers.

A weighted average is an average in which some of the items to be averaged are 'more important' or 'less important' than some of the others. The weights are (non-negative) numbers which measure the relative importance

For example, the weighted average of a list of numbers x1,…,xn with corresponding weights w1,…,wn is 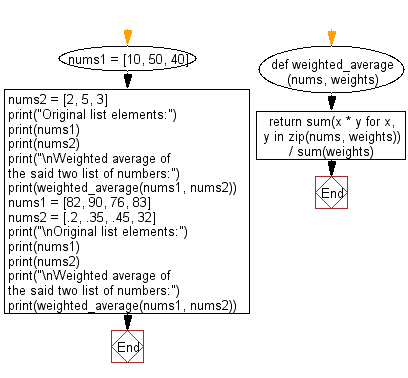 When we speak of division we normally mean (/) float division operator, this will give a precise result in float format with decimals.