Python: Generates a list of numbers in the arithmetic progression within a range

Write a Python program to generate a list of numbers in the arithmetic progression starting with the given positive integer and up to the specified limit.

Use range() and list() with the appropriate start, step and end values. 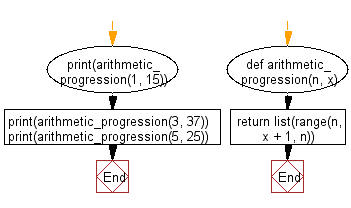 Previous: Write a Python program to check if there are duplicate values in a given flat list.
Next: Python Dictionary Exercise Home.

you can separate zeros with underscore (_)