Python Math: Get the length and angle of a complex number

Write a Python program to get the length and the angle of a complex number. 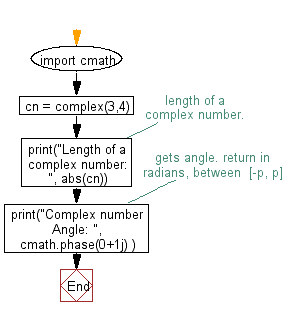