Write a Python program to convert a floating point number (PI) to an approximate rational value on the various denominator. 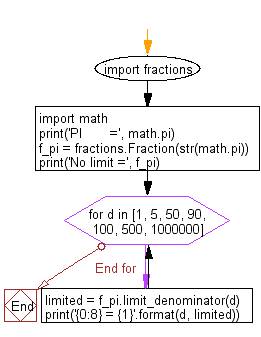