Write a PHP program that multiplies corresponding elements of two given lists. 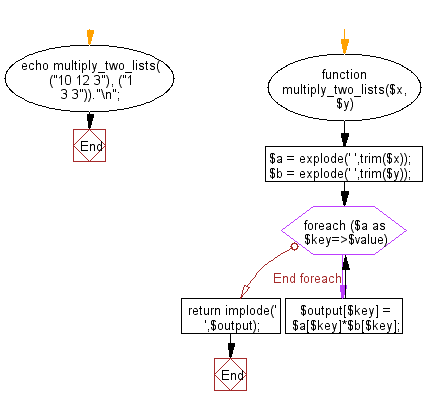