PHP Exercises: Compute the amount of the debt in n months

Write a PHP program to compute the amount of the debt in n months. The borrowing amount is $100,000 and the loan adds 5% interest of the debt and rounds it to the nearest 1,000 above month by month. 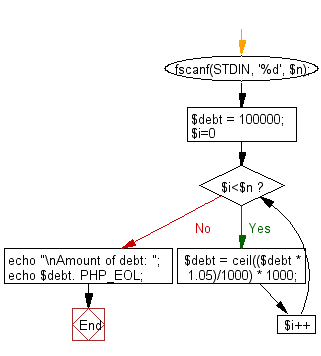