Python: Print first and last name in reverse order with a space between them

Write a Python program which accepts the user's first and last name and print them in reverse order with a space between them.

Python has two functions designed for accepting data directly from the user:

raw_input() asks the user for a string of data and simply returns the string, the string data ended with a newline). It can also take an argument, which is displayed as a prompt before the user enters the data.

To assign the user's name to a variable "x" you can use following command :

In 3.x .raw_input() is renamed to input(). input() function reads a line from sys.stdin and returns it with the trailing newline stripped.

To assign the user's name to a variable "y" you can use following command : 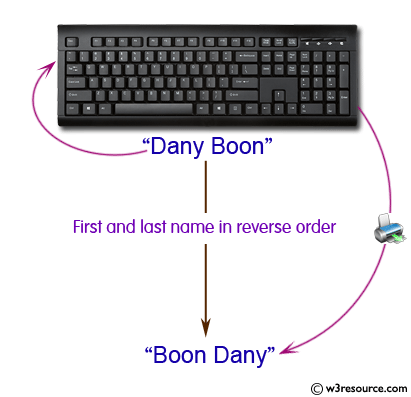 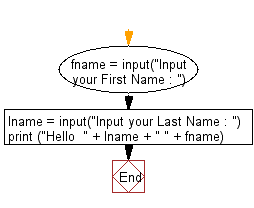