A filesystem is a permanent storage for containing data. Any non-volatile storage device like hard disk, usb etc has a filesystem in place, on top of which data is stored.

While installing Linux, you may opt for either EXT4 or EXT3 file system.

A journaling filesystem: logs changes in a journal to increase reliability in case of power failure or system crash. 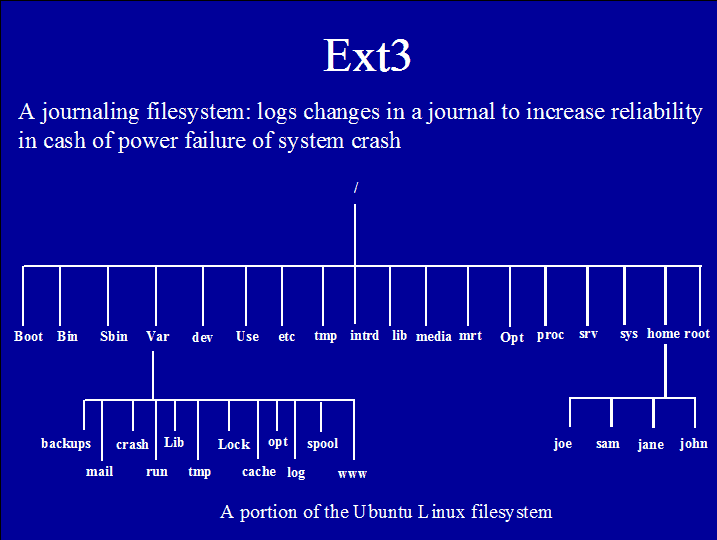 Not as fast as others, like JFS, ReiserFS and XFS, but wins in CPU utilization, reliability, and testing base.

EXT4 is an advanced file system supported from Ubuntu 9.04. This filesystem supports 64-bit storage limits, columns up to 1 exabytes and you may store files up to 16 terabytes.

If we compare both of the above-mentioned files systems, then you will find that EXT4 has some more advanced features than it's older counter part. But at the same time, EXT3 is lighter than EXT4 and thus faster than that of a EXT4. But keeping the high amount of RAM used nowadays in even Desktop Computers that speed issues have become almost negligible. So, it is recommended that you use EXT4 for latest versions of Linux installations.

Filesystems store data in files and directories. Filesystems are stored in disk partitions. You can configure partitions any way you like, but something like this is advisable:

Usually, when you install Linux, it offers you options for creating various partitions to store a different kind of files, both system and user generated. But if you go with the default, Linux has got pre-defined set of directories and files which are used to store various kind of data, The following table shows which data is stored in which file.

fstab is a text file that contains filesystem information

The mount command attaches a filesystem to a mount point

Remount /usr in read only: 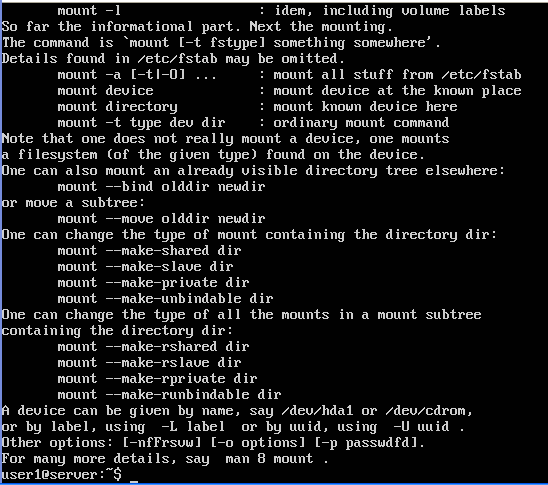 Mount all fs in /etc/fstab: