Write a Python program to flip a coin 1000 times and count heads and tails. 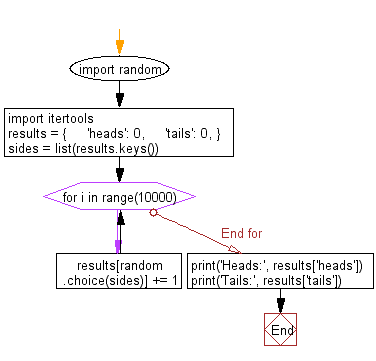