Note: RGB - RGB (Red, Green, Blue) describes what kind of light needs to be emitted to produce a given color. Light is added together to create form from darkness. RGB stores individual values for red, green and blue. RGB is not a color space, it is a color model. There are many different RGB color spaces derived from this color model, some of which appear below.

HSV - (hue, saturation, value), also known as HSB (hue, saturation, brightness), is often used by artists because it is often more natural to think about a color in terms of hue and saturation than in terms of additive or subtractive color components. HSV is a transformation of an RGB colorspace, and its components and colorimetry are relative to the RGB colorspace from which it was derived. 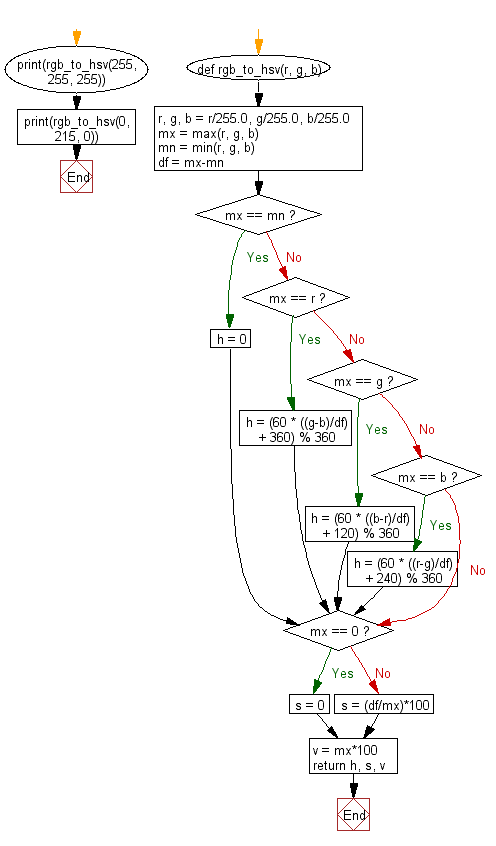