The DATE function is used to return the sequential serial number that represents a particular date.

Note : If the cell format was General before the function was entered, the result is formatted as a date instead of a number. To view the serial number or to change the formatting of the date change the cell format.

The example below shows the serial data or the date derived by using year as 2004 and month as 12 and day as 22.

The serial date for the last day of the current year.

The example below shows that, a formula that converts the text string in A4 (20141220) representing a date in a "YYYYMMDD" format to a date. 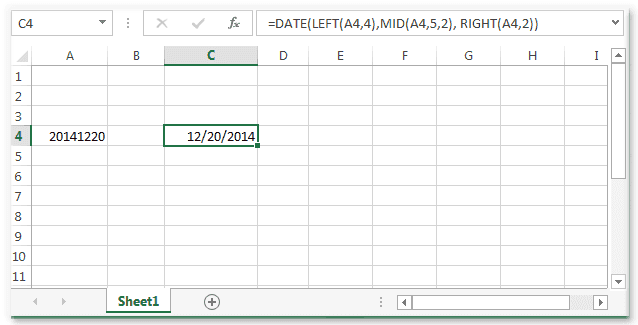