A Python program is read by a parser. Python was designed to be a highly readable language. The syntax of the Python programming language is the set of rules which defines how a Python program will be written.

A Python program is divided into a number of logical lines and every logical line is terminated by the token NEWLINE. A logical line is created from one or more physical lines.
A line contains only spaces, tabs, formfeeds possibly a comment, is known as a blank line, and Python interpreter ignores it.
A physical line is a sequence of characters terminated by an end-of-line sequence (in windows it is called CR LF or return followed by a linefeed and in Unix, it is called LF or linefeed). See the following example.

A comment begins with a hash character(#) which is not a part of the string literal and ends at the end of the physical line. All characters after the # character up to the end of the line are part of the comment and the Python interpreter ignores them. See the following example. It should be noted that Python has no multi-lines or block comments facility. 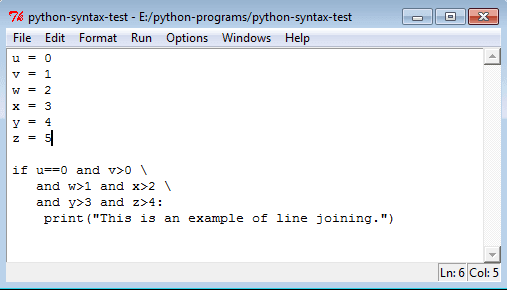 Multiple Statements on a Single Line:

You can write two separate statements into a single line using a semicolon (;) character between two line. 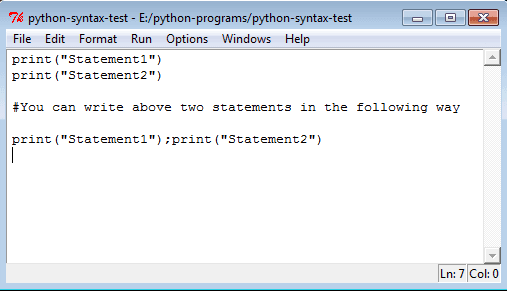 Python uses whitespace (spaces and tabs) to define program blocks whereas other languages like C, C++ use braces ({}) to indicate blocks of codes for class, functions or flow control. The number of whitespaces (spaces and tabs) in the indentation is not fixed, but all statements within the block must be the indented same amount. In the following program, the block statements have no indentation. 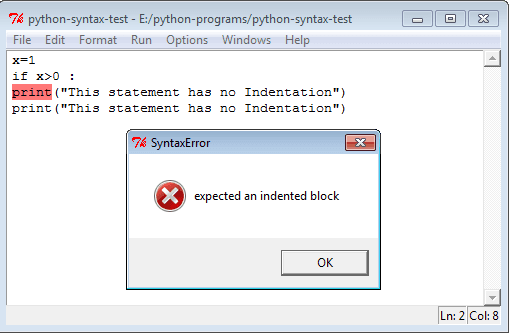 This is a program with single space indentation. 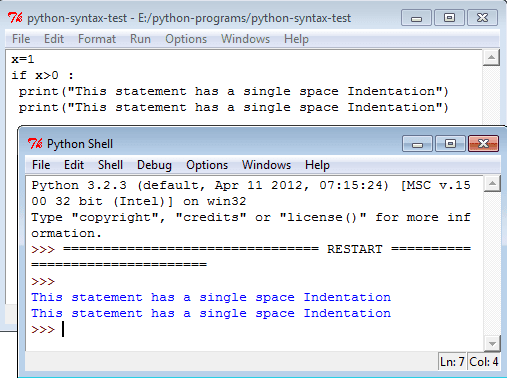 This is a program with single tab indentation. 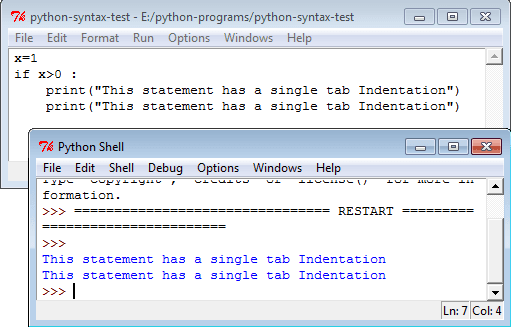 Here is an another program with an indentation of a single space + a single tab. 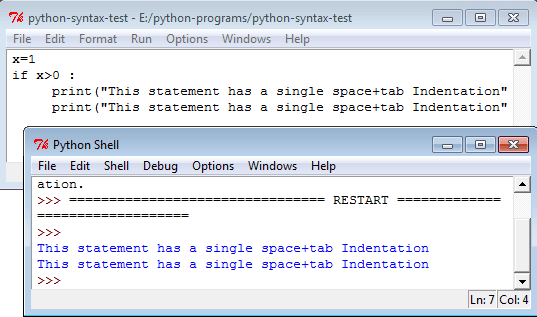 The following identifiers are used as reserved words of the language, and cannot be used as ordinary identifiers.

You can use join method to combine strings. Very useful indeed.