To use Cypress, you will have install the desktop application on your computer. Here is a list of operating systems that Cypress supports.

If you are using npm to install Cypress, Cypress supports

You can install Cypress via npm,to do this you have to cd into your project directory and run

when you run this, it will install Cypress as a dev dependency for your project.

Ensure that you either have a package.json file or a node_modules folder in your project directory. This ensures that Cypress is installed in the correct directory.

The Cypress docs recommends that you install Cypress with npm because:

You can also install Cypress using yarn, to do this, you have to cd into your project directory, then you run the command shown below:

Option A of this guide is only applicable if you are using Node or npm in your project, if you are not, you can always download the zipped file to try Cypress out (https://download.cypress.io/desktop). However, you will not be able to record the Dashboard, this file is only useful when you want to try Cypress out.

The direct download always uses the latest available version and it will detect your platform automatically. Once you download the zipped file the first step is to unzip, then double click on it. Cypress runs without having to install any dependencies.

You can now open Cypress from your project root in either of the following ways:

The Cypress Test Runner will attempt to find all the compatible browsers on your machine. You will find the drop down to select a different browser is in the top right corner of the Test Runner. 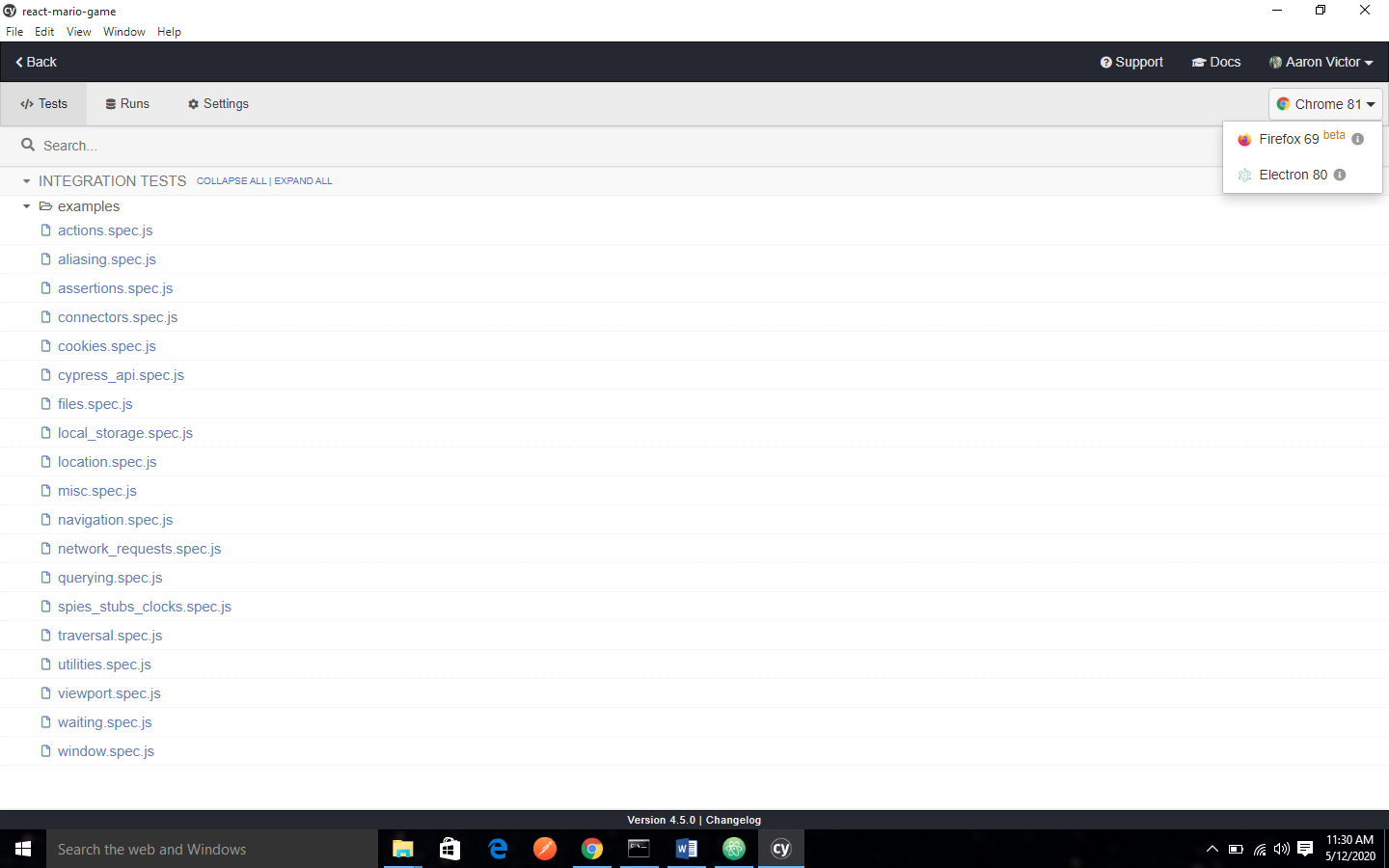 Although there is nothing wrong with writing out the full path to the Cypress executable each time, it is much easier and clearer for you to add Cypress commands to the scripts field of your package.json file.

Once this is done, you can open cypress from your project by running the following command:

When you install Cypress using npm you also get access to many other CLI commands.

As of Cypress version 0.20.0, there is a node_module that you can require in your Node scripts.

This is helpful when you want to:

You can force Cypress to skip the installation of the binary application, all you need to do is to set CYPRESS_INSTALL_BINARY=0.

When you run the above command from the command line, Cypress skips its install phase once the npm module is installed.

To download a particular version for a given platform (operating system), you can get it from the CND.  The base download server URL is https://download.cypress.io

You can specify CYPRESS_DOWNLOAD_MIRROR if you chose to mirror the entore Cypress download site, this will set the download server URL form https://download.cypress.io to your own mirror.

There are rare cases where you want to install a pre-release version of Cypress to verify a fix from the develop branch, which has not yet been published.