In this tutorial, we will show you how you can monitor and control your runs. We will look at what a run contains and where to find information about your run’s status.

Recorded run will capture the results from your test runs.

The details that will be displayed for each run includes: 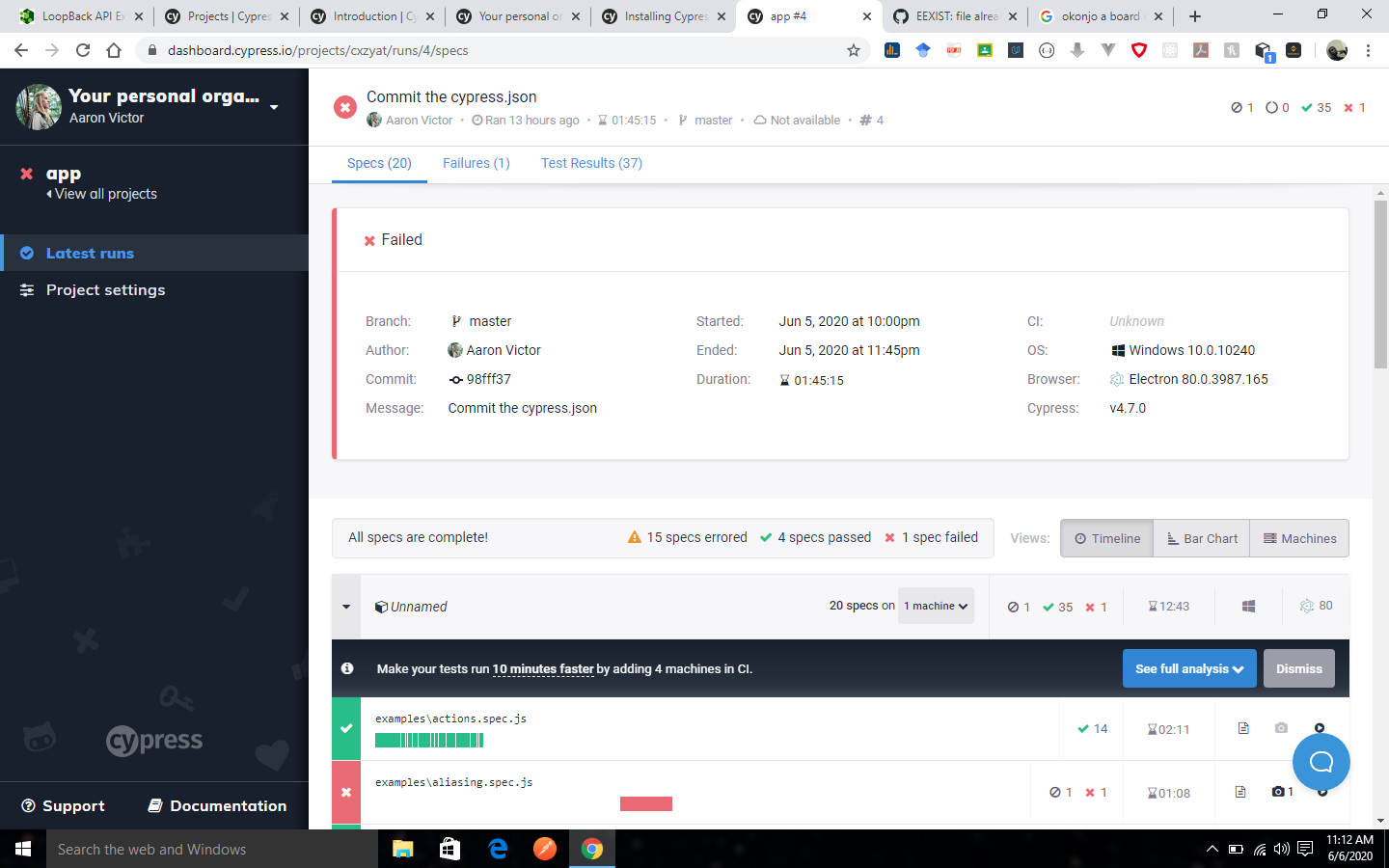 The result of each spec file that ran can be seen within the Specs. You also have the option of switching between Timeline View and Bar Chart View.

The Timeline view will chart your spec file based on the way they ran relative to each other. This is helpful when you want to visualize how the tests ran in parallel. 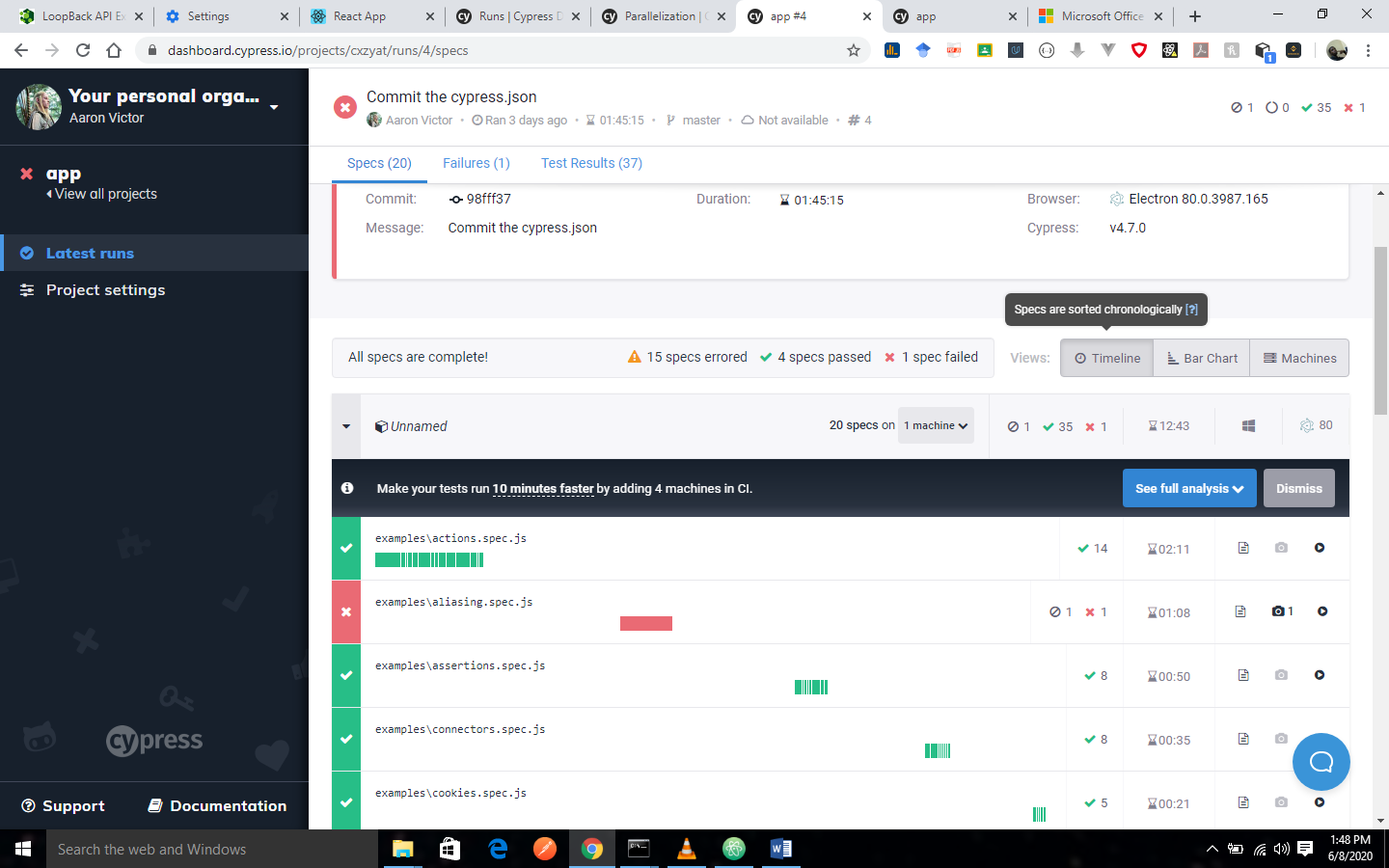 The Bar Chart view will chart the length of each spec file. This view will help you to determine which spec files ore tests are running longer than others. 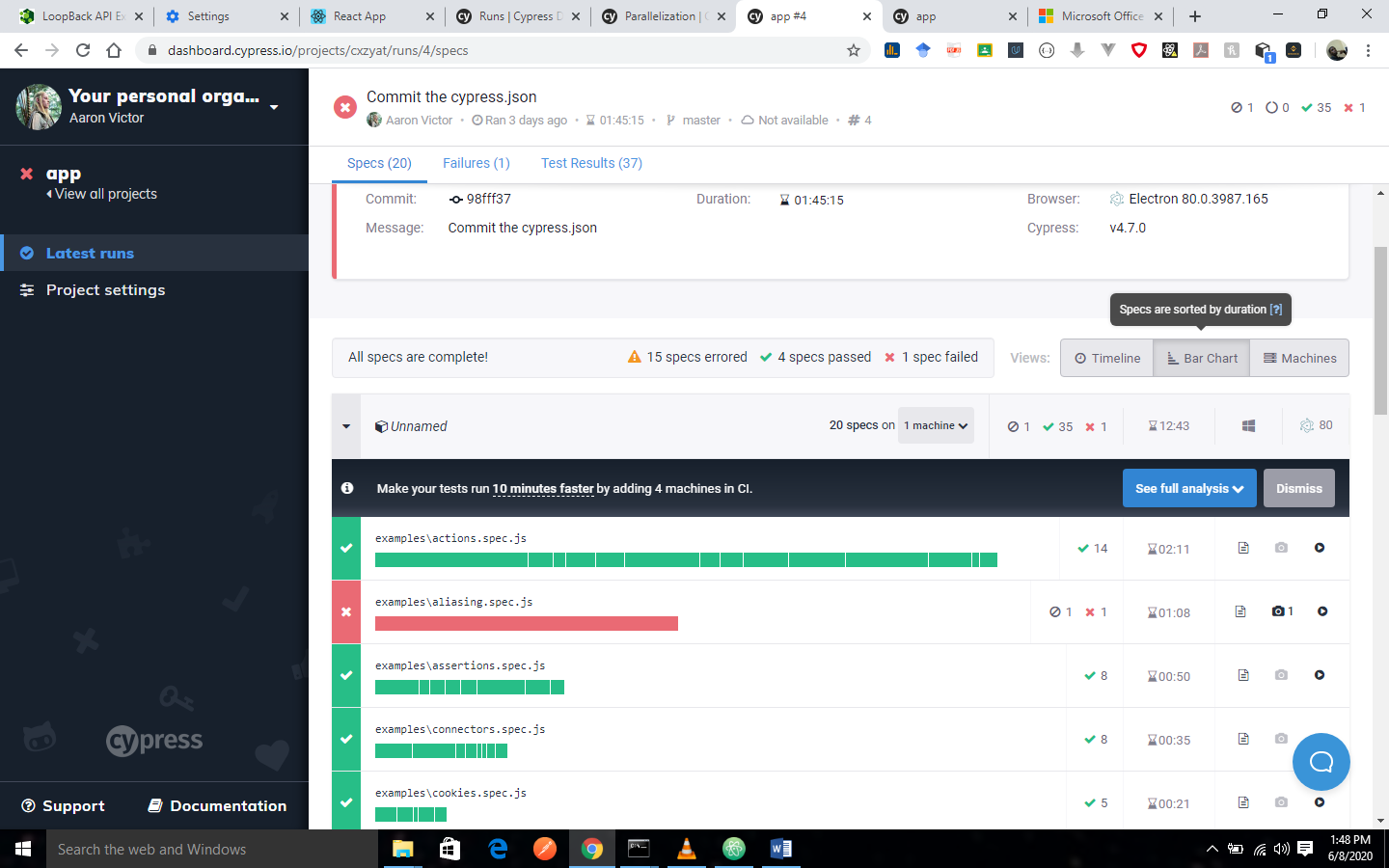 If there is a failed test in your Spec, hover over that test chart to reveal a link which when clicked will lead you directly to the error message and stack trace of the test. An example is shown below: 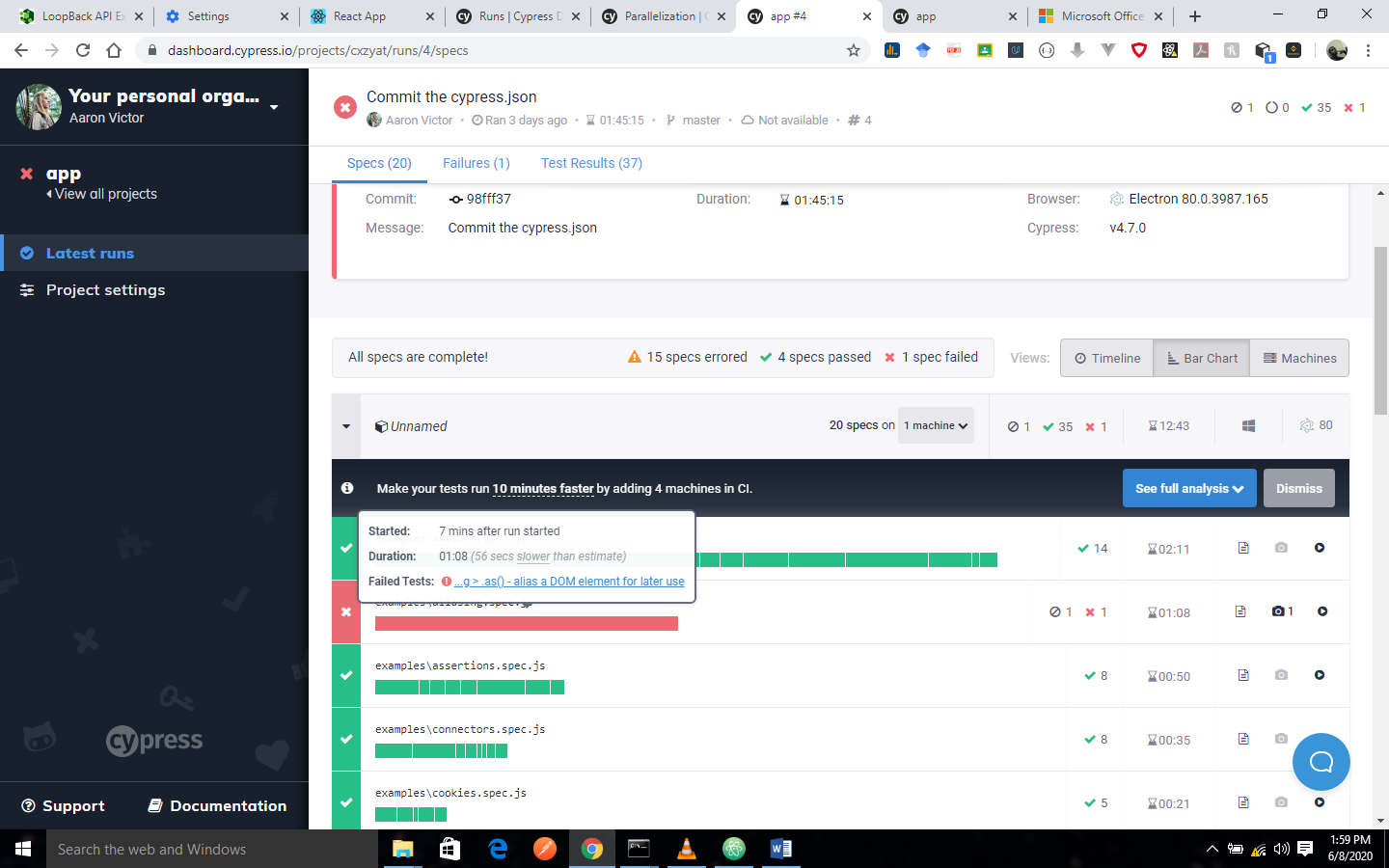 The standard output includes the details and summaries of the tests for each spec file based on the reporter that you have set. By default, the reporter will be the spec reporter.

You will also see a summary at the bottom indicating the screenshots, or videos that were uploaded while the test is recorded. 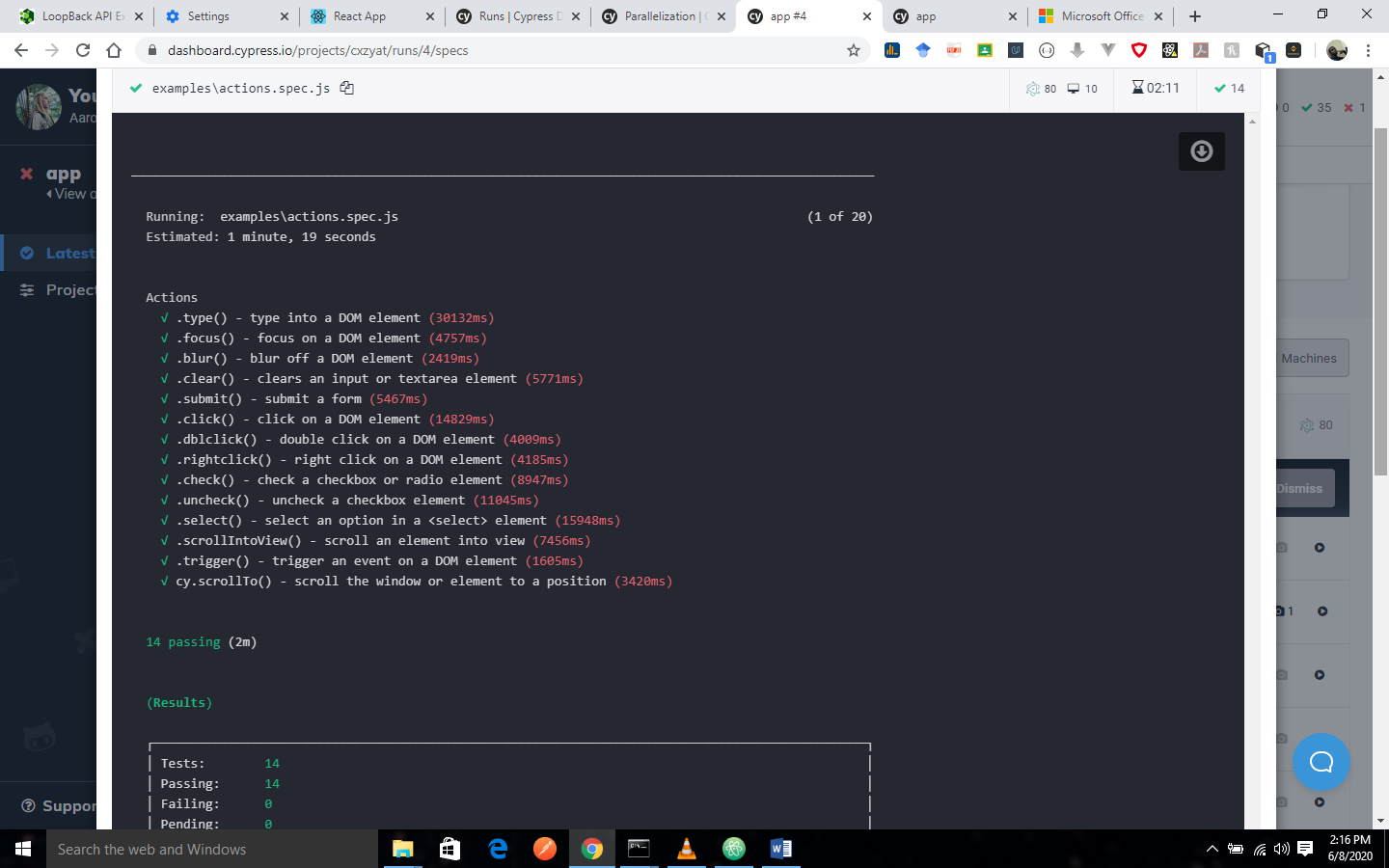 The videos that are recorded during the test run can be found under the video of the spec, this videos can be downloaded. 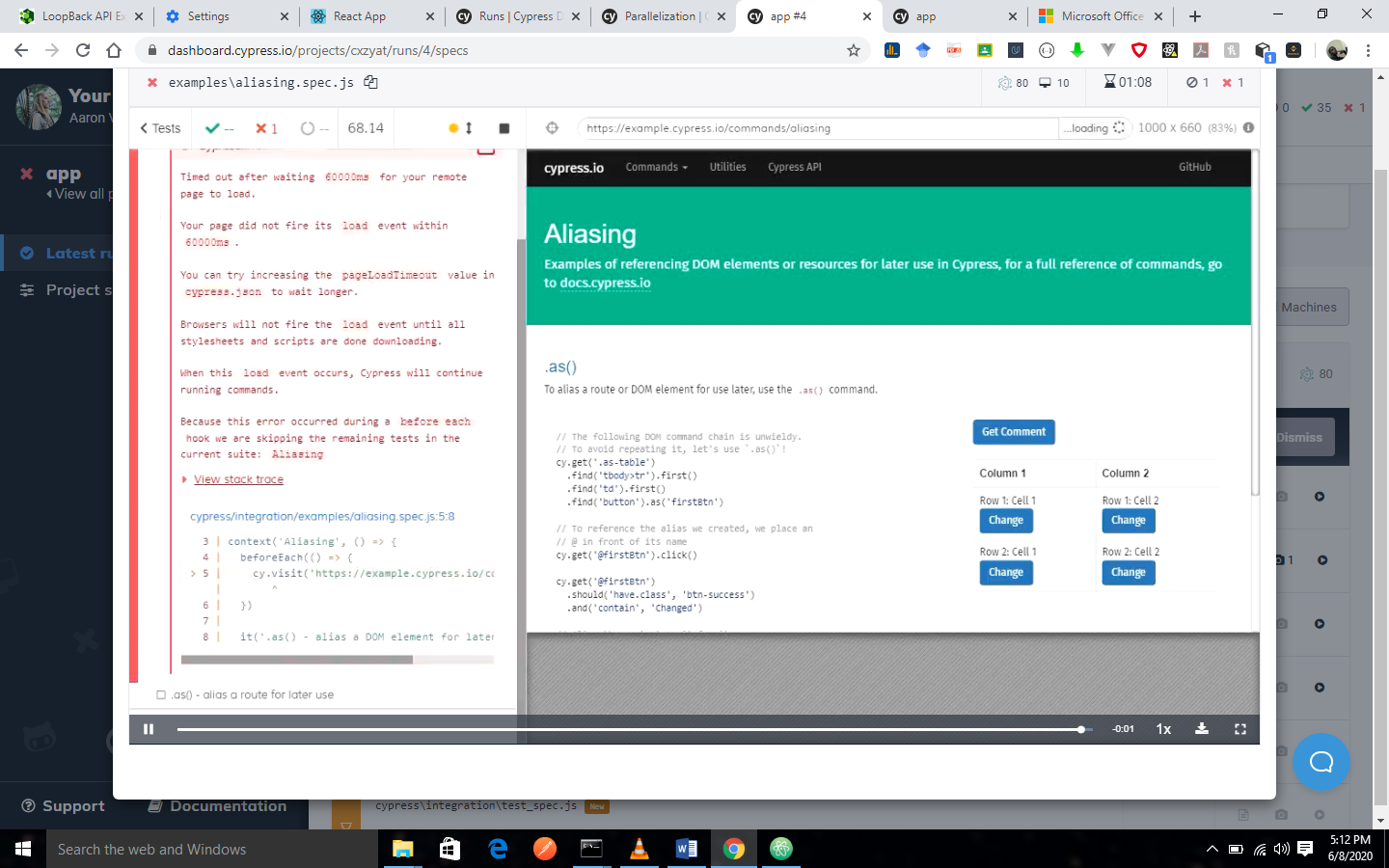 If test that fails during a test run can be found under the Failure tab, each of the failure will be listed under its test title.

Every failure will display:

You can decide to cancel a run that is in progress from the Dashboard. This can only be done by members of the project.

In order to cancel a run, you will have to:

Here is a list of what will happen if you cancel a run:

All the runs that have been canceled or are in errored state can be archived from the Dashboard. To archive a run, you will have to click Archive this run in the cancellation or error message.

This is what will happen when you archive a run:

If you want to restore an archived run, you will need to: